Exhibition: ‘Gimme Some Wine’  23 paintings by Chris Gollon in response to Eleanor McEvoy’s song
To coincide with Eleanor’s new album ‘Gimme Some Wine’, IAP Fine Art has curated a new online exhibition. It comprises 23 paintings by Chris Gollon that were a response to the song ‘Gimme Some Wine’, which Eleanor had dedicated Chris, having taken inspiration from one of his paintings. The paintings––some of which also feature on the album sleeve–– are the climax of a two-year period of artistic boundary crossing between singer-songwriter Eleanor McEvoy and British painter Chris Gollon (1953 – 2017), which is now the subject of an award-winning short documentary. From 2015 – 2017, a very creative to-and-fro of images and lyrics took place, since they literally spoke to each other through their work, each taking the other’s art form to somewhere new. A new ISBN-numbered fine art catalogue accompanies the exhibition with texts by Eleanor McEvoy, curator Wilfrid Wright and art historian Mary Rose Beaumont. To view the exhibition: Gimme Some Wine. 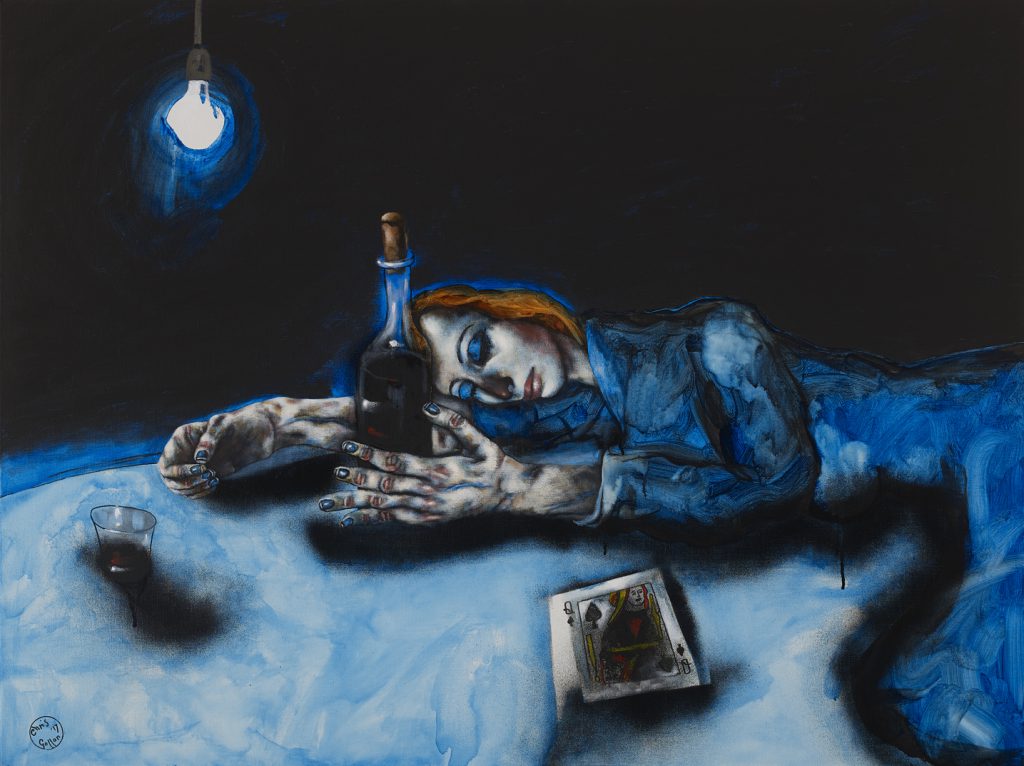